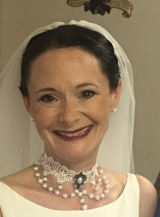 Tamara Barron:  Known to me as “Tami”.  I’m so proud of her!  I met her the 1st night she came to Celebrate Recovery and oh, what a difference from then to now.  The smile on her face today can light up a room but there was no smile then.  We have had lunch, talked life and walked (figuratively) a long path of healing together and I can’t say enough about her.  She’s energetic and creative, determined and confident but most of all she now understands how much God loves her and that is making her path more joyful.  Excited to see where HE takes her.

I was born on December the 29th, 1970 in Lexington, KY.  My mother was a house wife and my father was an architect for a large firm.  At six years old, I started having petit mal seizures, and at nine years old, I was diagnosed with scoliosis, and started having severe anxiety.     Junior high and high school were kind of a blur to me.  I tested into the first advanced placement program in Lexington, but did not fit in very well with the other students.  By the time I was in ninth grade, I had alienated myself so bad from everyone that I became depressed and saw no joy in life at all.  I was 15 when I first contemplated suicide.

In high school, I began learning about the occult, Satanism, and witchcraft.  I felt powerful over my situations by scaring people, and became obsessed with vampirism, and horror movies.      I was a promising classical pianist, and an artist, but wasted a lot of time experimenting with witchcraft, drugs, and alcohol. 1 Peter 5:8 says, “Be alert and of sober mind.  Your enemy the devil prowls around like a roaring lion looking for someone to devour.”  Deep down inside, I knew that the way I had been living was wrong, but my fascination with the occult began to control my life.  I became scared to even leave my room, and I was committed to a psychiatric ward when I was 18.  I dedicated my life to God during this time and began to attend church.

I met my first true love shortly after leaving the psychiatric ward.  He seemed like a very nice guy, but I quickly put my relationship with him before God.  After only a few months into our relationship, however, he was arrested and sent away.  I fell into a deep depression, and when it came time to start college, I couldn’t do it.

I did eventually go to college, graduating with a Bachelor’s Degree in Biology and became a lab manager despite being formerly diagnosed with temporal lobe epilepsy in 1996.  During this time period, I met and married my first husband.  He was my dream guy; a hard rock guitar player who was witty, fun, and very handy with power tools.  Our relationship was tumultuous, however, and maintaining a relationship with God become impossible.  I gave God up to make my atheist husband happy.  This was the beginning of my codependency.

In the fall of 2001, we purchased a Queen Anne Victorian house built in 1898.  We worked every weekend for several years trying to restore our dream home.  In 2006, tired and weary from struggling to make ends meet, we started drinking every night to “take the edge off”.  It wasn’t long before the alcohol started causing many nights of yelling at one another like children.  But, I told myself everything was fine.

In 2009, my mother was diagnosed with terminal lung cancer.  My drinking got worse during this time, and it was a common occurrence for me to drink ¾’s of a bottle of wine before bed. My boss and my husband were both verbally abusive, and I felt powerless in my situation.  If God loved me, why did he make me suffer?  So I decided He didn’t exist, and embraced atheism.

I finally left my job of 13 years in the spring of 2010 to help care for my mother, and my husband and I fought nonstop about it.  With her death in 2011, I was just defeated.  I drank until I passed out every night. I tried to be the best house wife I knew how, taking all the responsibilities around the house.  I began writing my first novel, and also created many original works of art which I sold in local art fairs.  I was trying, but it wasn’t enough for my husband.  I was lonely, sad, and felt unloved.  In fact, I really didn’t know what being loved felt like.

My husband grew more distant over time.  One night in late 2014, I confronted him about it.  We broke out into an alcohol-induced argument.  After that night, he started going to bars at random, telling me I had to stay at home.  Finally, after a month of this, he said he was done with our marriage.  I went to my sister’s house to calm down, and when I returned the following morning he was gone.

I sank to floor, and it finally hit me that my whole life as I knew it, was over.  My job had failed, my husband had left, and without income, I would lose the house I worked so hard to fix up.  I shook uncontrollably.  The divorce papers came in the mail, and I was being force to sell the house and split the money with him.  I was in such shock that I couldn’t eat, sleep, or move and all I did was sit in a chair all day and drink and cry.  I attempted to go back to work, but soon realized I couldn’t maintain a job and drink what I needed to drink to keep from shaking. I wanted to die.  I would sit in the dark with my wine glass, and contemplate suicide.

One morning, I staggered into CVS to purchase some more wine, and when I took it to the counter, I broke down crying and told the lady that I didn’t want to drink anymore but I didn’t know how to stop.  She asked if she could pray with me.   So there we were, in public, a nice lady and very broken down, atheist woman, praying to God for healing.  She then told me about Celebrate Recovery, a faith based twelve step program. 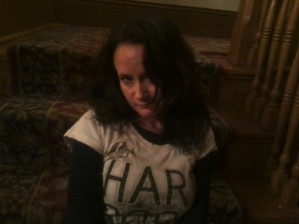 I continued drinking for a year, but in the Fall of 2015, I was at rock bottom. I made an appointment to detox, and found out that I was one month form cirrhosis.  Without the alcohol, the pain that I had numbed for so long hit me hard.  I knew I could not do this alone, and decided to go to Celebrate Recovery.

The first night I went in, I couldn’t believe all of the people there that were just like me.  Then I heard the first step for the first time.  Step one states, “We admitted we were powerless over our addictions and compulsive behaviors and that our lives have become unmanageable.”  At 92 pounds, 2 packs of cigarettes, and two bottles of wine a day, it was a miracle I was sitting there.  But that word powerless… All I wanted was power to control my situations, to only come in here and hear that I was powerless?  But then I heard step 2 which reads, “We came to believe that a power greater than ourselves could restore us to sanity.”

The one thing I learned about recovery is that it hurt, it wasn’t easy.  I suffered with horrible anxiety and a hole in my heart left from my ex.  But the more I went to the meetings, the better I felt.  I joined a step study, and I admit, the first time I opened my bible, I cried so hard the pages were wet.  My pride was hurt.  But Jesus had the patience to wait while I swallowed my pride, and slowly allowed him to fill that painful hole in my heart.  He started by first whispering in my ear John 14:6, “I am the way, the truth and the life, no one comes unto the father except through me.”  I realized that I had to let my past go and accept Christ back into my life.

I began listening to contemporary Christian music.  It calmed me, and the dark, sad songs in my head were replaced with songs of inspiration, and undying love that Jesus showed us on the cross.  I read several devotionals a day, and repeat the serenity prayer when things get tough.  My sponsor, accountability partners, and step study leaders and sisters have been a true blessing to me.  When I feel down, I reach out. God put a new Christian man in my life, and we were married on June 3, 2017.  I have learned that life is about choices. I choose to remain sober.  God cannot make me do it, but he can help me make a daily commitment to turn my will over to Him.    I still struggle with anxiety, but when it hits, I remind myself of Mathew 6:34 which states: “Therefore, do not worry about tomorrow, for tomorrow will worry about itself.  Each day has enough trouble of its own.  Live one day at a time.”

I thought I was hopeless, and now I am a leader at Celebrate Recovery.  The changes I have made in my life are possible for anyone who turns their life over to Christ.  I know that there is no depth of sorrow or darkness that Jesus Christ cannot reach.  Philippians 4:13 says, “I can do all things through Christ, who strengthens me.”  I have found in all my feelings of powerlessness that the true power comes in just saying, “Lord, I don’t know where I am going or how to get there, but I trust You.” by: Tami

Lord…………You are so good.  I’m grateful for the people that you put in my life who encourage me to keep going just by the way they live their lives.  Amen 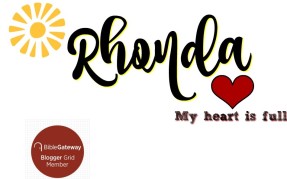